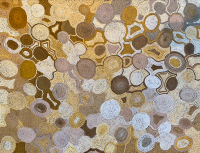 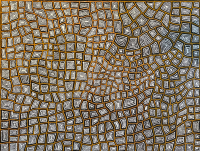 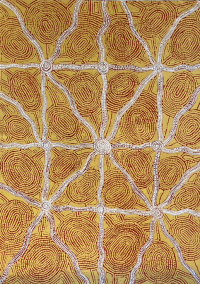 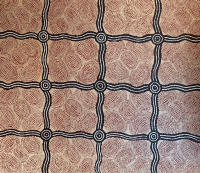 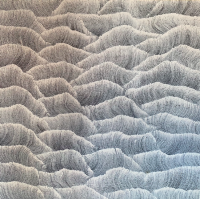 Maureen Hudson Nampijinpa was born on the 13th August 1959 in the bush at Mount Barkley cattle station. Today, the cattle station is called Yuelamu and is aboriginal owned. Maureen attended school at the Yuendumu settlement in the 1960’s she returned to Mount Allan and worked as a school teacher’s assistant.

Maureen began painting in 1981. She is an accomplished artist and is a respected member of her community. Her first love is painting in which she refers to this, as culture art. Maureen’s artworks depict traditional Warlpiri Dreamtime stories. Her painting’s originate from Warlukulongu – her father’s and grandfather’s country. Her ancestral Dreaming’s include emu, fire,and women’s ceremonies, which have been passed down from her mother’s involvement in traditional ceremony.

Maureen has been a regular Artist in Residence at the Ayers Rock Resort since 1994.