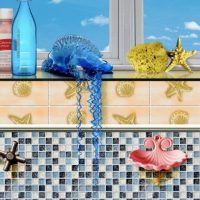 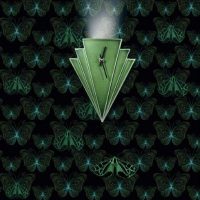 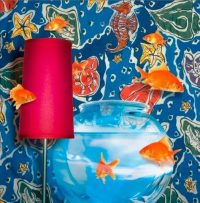 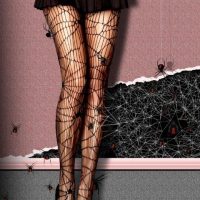 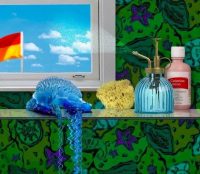 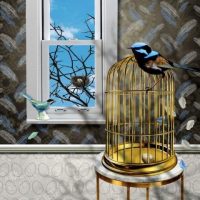 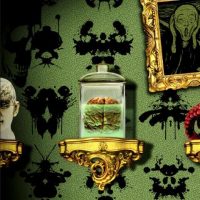 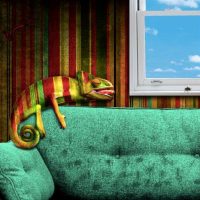 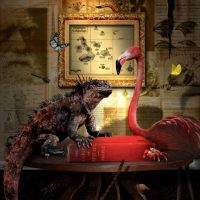 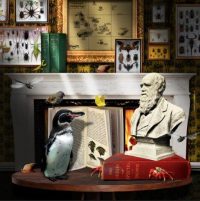 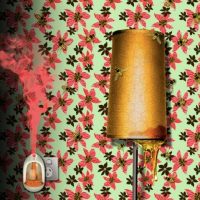 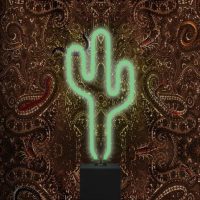 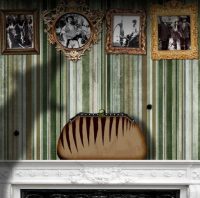 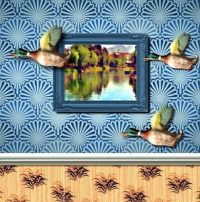 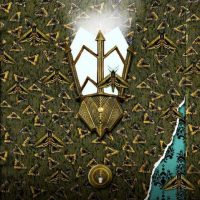 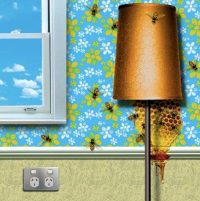 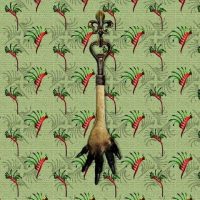 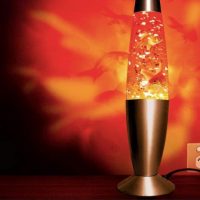 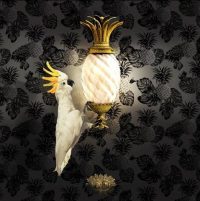 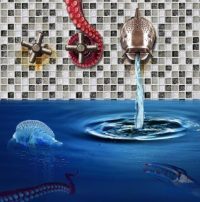 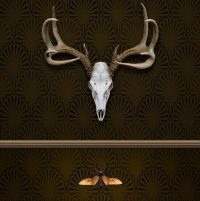 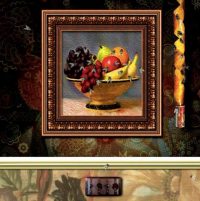 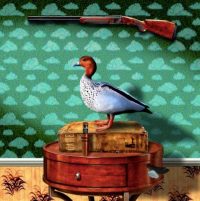 When I was surfing around New Zealand we stayed at a place on the Mahia Peninsula. Owned by a lady we affectionately called Mrs Brisbane – for what should be obvious reasons.

We had a fantastic room with a large balcony looking straight over beach towards Blacks Reef. An amazing but fickle Right Hand break. Cloudless skies, 27 degrees,perfect. The only problem we had was trying to get a peaceful nights sleep. Every night at lights off we were attacked furiously by blood seeking little black vampires.

The numbers of mosquitos was ridiculous. Lights on… and they instantly vanished. Where the hell were they? It took us ages, flicking the lights on and off to eventually think to look (at an acute angle) across the main wall of our quite large room. The entire length of the wall was decorated with black and white wallpaper. The black (paisley designed) elements consisted of embossed black felt shapes. And there they were. Hiding, camouflaged on all the black felt bits. What seemed like thousands of mosquitos were just sitting… waiting for the flick of the light switch!

So then we spent 20 minutes slapping all the black pieces of wallpaper to exterminate the marauders. Leaving the lights on of course to keep them anchored to their spots during our assault.

The experience just stuck in my head and eventually found its way to being the theme of a series of works I produced based on the relationship and interactions between living bugs and wallpaper.

The theme has now expanded to include less probable relationships between organic and inanimate objects / patterns but the discovery of that behaviour – by those mosquitos, left a lasting impression.

“Each piece is loosely based on the backstory theme and compiled from a diverse range of resources. The most regular resources come from personal texture photographs such as plumbing, wall vents, lamps, power points etc, plus wildlife, landscape and environment shots taken by my son James, as well as stock library resource images (purchased over the last two decades for commercial use by my Ad agency) as well as Public Domain product images and historical photos.

I modify, manipulate and merge these elements in Photoshop with manufactured seamless textures and patterns, combined with completely rebuilt objects and creatures such as the marine iguana which I created from 9 different resources … adding applied Photoshop illustration & texturing. The “thylacine purse” is another example of an item created entirely in Photoshop. Some artworks are as many as 180 layers deep with varying degrease of transparency inclusive of lighting and shadow effects in order to create the final version”

It can be a long time completing a series piece. I often jump from one to another and some remain unresolved for many weeks before Im happy with the final assemblage. Quite a few concepts never make it but are usually saved as future resources.”

Stephen has been involved with visual arts virtually the whole of his life. After graduating with degrees in Visual arts and Education in Newcastle, Stephen spent several years teaching before making the move to being a self-employed full time graphic designer. And that’s how it’s been for the past 30+ years. The last 25 years have been spent in Adelaide primarily as the Creative Director of an Ad and Design Agency that he established with his Director partner (Cate) in North Adelaide some 20 years ago. Very recently Stephen has invested a lot of time in developing his digital artwork that had previously taken a back seat to demanding Clients and commercial deadlines.

“It’s nice to spend time developing concepts and images for myself for a change. I like to diversify a bit with works on canvas as well as digital works on paper but for the first time, this year, I’ve really focussed on developing my digital works and building my Living Wallpaper theme which is more playful and has an interesting backstory based on a travel experience I had in New Zealand.

I’m looking forward to expanding the series which has already grown to include some twenty pieces”.

Each of Stephen’s digital images is produced as a limited edition with intergenerational archival media.